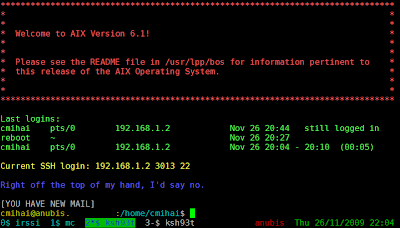 Codepad and Ideone - a new kind of pastebin

Codepad and Ideone are pastebins that let you execute code. Ideone also accepts input:
http://ideone.com/P7WKrT2I
http://ideone.com/o1GGFBV4
http://codepad.org/
This would make an awesome learning tool for schools and such. Make it into some kind of appliance, add a bunch of examples, problems, tests and such and it can teach kids collaborative debugging and the basics of programming.
If I had to guess it's running User Mode Linux (or some similar jail) and ptrace (or some similar systrace or syscall tracer).
I poked a bit with perl "Config" (eg: perl -V) and it looks like they're running Gentoo.. all accounts seem to be on the same instance (nobody). So it's most likely a jail.
osname=linux, osvers=2.6.28-gentoo-r5, archname=i686-linux
uname='linux devel 2.6.28-gentoo-r5 #1 smp sun apr 26 22:00:57 cest 2009 i686 intel(r) core(tm)2 quad cpu q9550 @ 2.83ghz genuineintel gnulinux '
It looks like they did a very good job though, especially with the number of people poking around or running forkbombs :-).